Collision Between ATV and Train Results in Two Fatalities 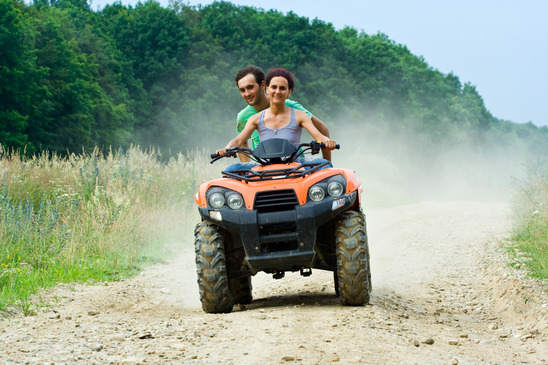 According to WREG, a tragic collision between an Amtrak train and an all-terrain vehicle (ATV) resulted in the deaths of two individuals earlier this month. The accident happened in Crenshaw on a Saturday night shortly before 10 p.m. Amtrak officials released a statement claiming the train had been on its way to Chicago from New Orleans when the incident occurred. Authorities told the media that the track’s crossing signals were flashing red on KT Road when an approaching ATV tried to outrun the train.

Responders determined that both individuals who had been riding the ATV died instantly from the force of impact. Investigators and railroad crews remained on the scene into Sunday morning while loved ones set up a memorial near the tracks. The train itself was delayed for nearly four hours.

Amtrak reported 121 crewmembers and passengers had been riding the train at the time. No one else was hurt in the impact.

Because trains are so much heavier than passenger vehicles, collisions between the two are often devastating. It is natural to assume that such accidents are always the fault of the motorist, but there are certain scenarios in which someone else is liable.

If you were hurt in a train-vehicle crash despite following all the rules of the road, you may be entitled to compensation for medical bills, lost income, and pain and suffering. To determine if you have grounds for a claim, turn to Heilman Law Group.

A Jackson car accident lawyer can obtain testimony from engineers to strengthen your claim, gather footage from the scene, track damages, and negotiate with the opposing party on your behalf. Call 601-914-1025 to schedule a case evaluation.

Proving fault in train-vehicle wrecks can be challenging because when the motorists are not liable, there are several other parties who might be. Potentially responsible parties include:

The Railroad Company That Operates the Train

Railroad companies are responsible for training their conductors and engineers properly. They must also ensure crew members do not attempt to work while fatigued or impaired in any way.

If the company that maintains the railway line fails to do so adequately and the train derails as a result, accident victims can hold them financially accountable for the damages. The local government entity that manages the railroad crossings can also be responsible for any collisions if the warning lights or barriers malfunction.

The Train Designer or Manufacturer

Certain train cars should be equipped with warning whistles, flashing headlights, and responsive brakes in case of emergency. Every train car should also have a working communications system and adequate coupling mechanisms. When manufacturers fail to include essential safety elements, they can be liable for the damages of any collisions that result.

If you were hurt in a train-vehicle crash and you think one of the above parties might be at fault, contact Heilman Law Group today. Call 601-914-1025 to schedule a consultation   with a car accident attorney in Jackson. You can learn more about collision claims in Mississippi by visiting the USAttorneys website.