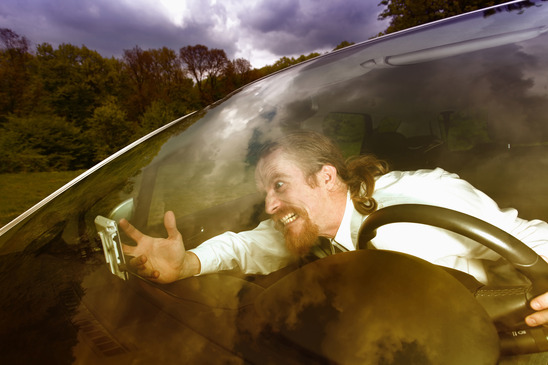 In the past three months there have been three incidents involving road rage – emotionally and physically out of control drivers – that have resulted in injuries, death and arrests in Jackson.

Road rage is generally defined as “violent anger” caused by the stress and “frustration of driving a motor vehicle in difficult conditions.”

“Difficult conditions” are usually the provocation of another driver.  In high stress situations, drivers often overreact to rude drivers who may not be paying attention, cut another driver off, improperly change lanes, practice distracted driving, or impatience and excessive lane changing to get ahead of traffic.  Most recently, there have been issues involving political bumper stickers and acts of road rage.

Of the three recent road rage incidents, the most embarrassing crash took place in a Walmart parking lot.   According to authorities, two men got into an argument in a parking lot – then in a fit of rage, one man got behind the wheel and proceeded to smash into barriers in an attempt to get away from the other man.

The vehicle was totaled, and both men were eventually arrested.

Recent studies conducted by scientists at Colorado State University and published in the Journal of Applied Social Psychology indicate that the Americans have territorial attitudes when it comes to driving their vehicles on the roadways.

The study reported that a person’s sense of personal space extended to their car – and the road.  They consider themselves to be in a ‘personal space bubble’ and drivers who felt that their space was somehow invaded while driving would often signal their displeasure by honking their horn or flashing their lights.

Examples of road rage behaviors include:

The AAA report projects that damages from road rage incidents will surge to exceed 25,000 injuries – as well as an estimated 370 deaths – in the coming years.  Those statistics include documented cases of rage, the actual numbers may be more because most road rage incidents are not defined and recorded.

If you think that you may be involved in a road rage incident, drive to a secure area where you will be safe, like the police department. If the road rage results in a crash, please pay close attention to how you feel, both at the scene of the accident and hours after.  Keep a journal and detail your injuries – but first call the Heilman Law Group.  We have the experience and passion to achieve success in the most complex personal injury cases – and get you the justice that you deserve.

In another case of road rage, a Mississippi man shot at a man on a motorcycle because he was frustrated and stuck in traffic.  As a result of the shooting, the motorcycle rider crashed his bike and later died.

The streets of Jackson are crowded.  If traffic snarls, it can be difficult to avoid incidents of road rage, but if you become aware of any of the following signs, avoid these unstable drivers.

The Heilman Law Group is dedicated to listening to your specific needs and finding a resolution that provides the best possible outcome for you and your family.