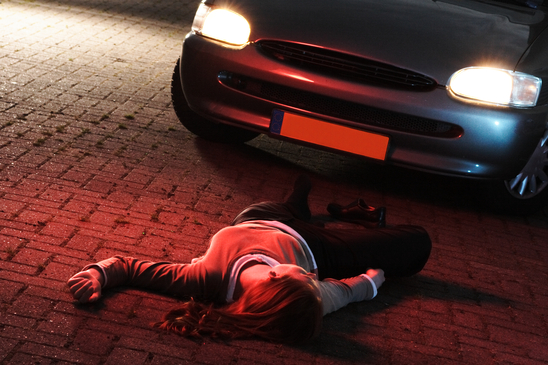 A family is mourning the death of their loved one who was hit and killed by an 18-wheel logging truck on a Mississippi highway recently after having stopped at the scene of a car accident to render aid. The Advocate reported that after Lesli Wood, 52, had pulled over to the side of the road and provided assistance to a car crash victim, the good Samaritan was hit while returning to her vehicle. The truck also hit several other vehicles which resulted in two others having to be hospitalized.

The source highlighted that Wood, who is from Baton Rouge, had traveled to MS with her husband to attend her brother-in-law’s funeral. While Wood’s husband returned home, she decided to stay in Mississippi to spend some additional time with family. On the day she planned to return home, Wood contacted her husband to notify him she was heading that way. That was the last time Wood’s husband spoke with his wife. As devastated as Wood’s family was, her husband said that wasn’t surprised to find out that she had passed while in the process of helping someone else. He said, “She would have helped anybody. That’s the kind of person she was.”

Aside from being recognized as a kind and caring person, Wood also worked as a visual and performing arts teacher. She grew up nearby to Jackson, MS and later relocated to Baton Rouge where she met her husband and they wed in 2011 after winning her battle with breast cancer.

As tragic and unfortunate as this accident is, it serves as a reminder that many of the drivers that are traveling nearby to you on the roadway aren’t paying attention, even if you are pulled off to the side of the road rendering aid to the victim of an auto accident. In fact, this type of accident occurs much more frequently than you might think which is why we are sharing some safety tips for you below in the event you find yourself pulling over to help someone who has been involved in a wreck.

If you find yourself pulling off to the side of the road to help an individual who has just been involved in a collision, there are a few steps Esurnace recommends you take of your own to keep yourself safe and out of harm’s way. Some of these include:

As commendable and brave as it is to get out at the scene of an auto accident to help those who have been involved, it is important that you refrain from putting your own life at risk. Therefore, if you ever find yourself faced with such circumstances, be sure you implement these safety tips and others to avoid from getting hurt or worse, killed.

Now, if you or someone you know suffered an injury in an accident in Jackson, MS, whether you were involved in a wreck or you pulled over to render aid, you will want to contact the MS accident lawyers at the Heilman Law Group, PA as soon as possible. Our office can assess the details of your incident, determine what the damage is worth as well as which parties are liable, and help you to take the necessary forms of action to hold them accountable for their negligent behavior.