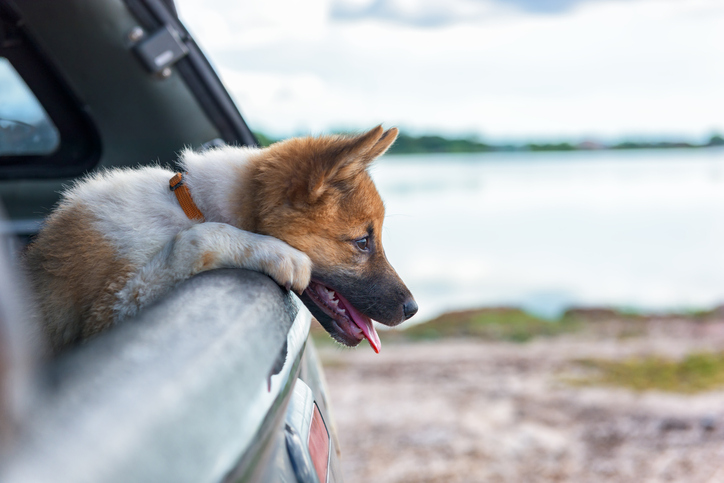 Did you know that 60.2 million households in the U.S. serve as a home to a pet dog [Source: Insurance Information Institute]? According to the 2017-2018 National Pet Owners Survey, which was conducted by the American Pet Products Association (APPA), dogs are the most popular pet found in all households in the country followed by cats. Now, if you have opened up your home to one of these furry friends, then it is likely you bring them along with you in the car at certain times. This might include:

While it is common for pet owners to bring their dogs with them in the car, it is important to understand the potential risks associated with doing so. According to a 2011 survey conducted by AAA Exchange and Kurgo, driving with a dog can lead to a motorist becoming distracted. Some of the types of behaviors the survey participants admitted to engaging in that caused them to take their attention off the road included:

Now, given that the number of households that are home to pet dogs has increased from 46 million in 2011 to 60.2 million, it is likely that more individuals are traveling with their dogs and possibly even engaging in the same or similar behaviors described above that could potentially lead to a car crash occurring. The fact is, when you “look away from the road for only two seconds,” you “double your risk of being in a car crash.” And many of the behaviors that pet owners engage in when they allow their dog to travel with them in the car often result in them looking away from the road for this amount of time.

Therefore, if you must travel with your pet, consider implementing these safety tips to avoid driving distracted and increasing your chances of causing a single or multi-vehicle accident.

I was involved in a distracted driving accident in Jackson, MS? What should I do?

If you are liable for causing the distracted driving accident or partially at fault, you will want to consult with a Jackson, MS accident attorney at the Heilman Law Group, PA to find out what your rights and responsibilities are. Many individuals often assume that because they were engaging in behavior that distracted their attention away from the road that they are fully accountable for the accident. However, there is a chance the other party may have also played a role in causing it to occur which is why it would be in your best interest to have one of our MS car accident lawyers assess your case.

Therefore, if you are ready to learn more about your recent car crash as well as what steps you may be required to take to recover compensation for the damage it caused, contact our office now by calling 601-914-1025.