Tractor Trailer Driver Kills 3 in Crash, Admits to Having 7 or 8 Drinks Before Operating Truck 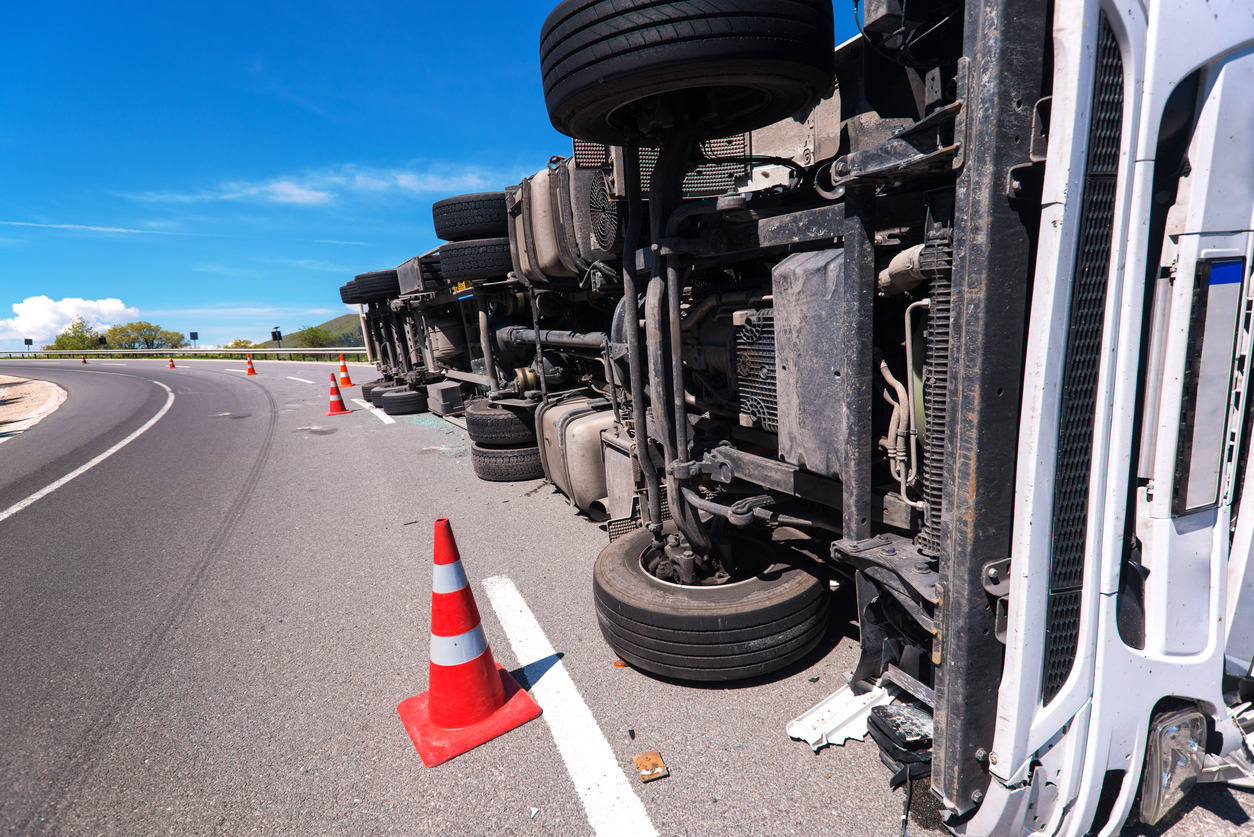 The operator of a tractor-trailer from Mississippi is responsible for killing three individuals after causing a collision on I-83 in PA back in October. The Clarion Ledger reported that the driver, who has been identified as Jack Edwards Satterfield III, 29, failed to stop his truck in time as traffic was beginning to slow on the interstate. Satterfield had been traveling in the left-center lane when he struck multiple vehicles causing several individuals to sustain injuries. In total, there were 11 vehicles involved in the wreck and three people were killed.

The news outlet identified those three individuals as 24-year-old Zachary Lybrand of Middletown, an 18-month old girl from Middleton, and 22-year-old Ethan VanBochoven, who was a student from Messiah College from Pompton Plains, NJ.

The source cited that after Satterfield collided into the vehicles as a result of him not being able to stop in time, he “left his truck, crossed the highway, hopped a fence, and ran to a hotel parking lot from which he watched the crash scene.” Although the source doesn’t highlight how, officials eventually caught up with Satterfield and that is when he admitted that he had consumed five double-shot margaritas and two to three beers at a New Jersey restaurant earlier that day. When police officers checked his truck, they said it smelled of alcohol. Satterfield eventually submitted to a breath test which came back with positive results and he provided officers with a blood sample while being treated in the hospital.

The tractor-trailer driver has been charged with vehicular homicide while driving under the influence and will likely be hit with other criminal charges as a result of his negligent and reckless behavior.

I was injured in a tractor-trailer truck accident in Jackson, MS. What can I do to hold the trucker accountable for causing the wreck?

When a truck driver violates one or more rules or regulations they are required to abide by which leads to a crash occurring, you can seek justice for their negligence by demanding damages be awarded to you. Now, there are two types of damages you can request be paid, one of which is used to serve as a punishment to the driver. We refer to these as punitive damages.

Now, according to Section 11-1-65 of the Mississippi Code of 1972, in order to receive punitive damages, you must “prove by clear and convincing evidence that the defendant against whom punitive damages are sought acted with actual malice, gross negligence which evidences a willful, wanton or reckless disregard for the safety of others, or committed actual fraud.” Although it might seem easy enough to prove this, there are times when truckers won’t admit to any wrongdoing, which can make it more difficult to win your case. That is why you should have a MS tractor trailer accident attorney representing you so that they are able to gather all the evidence and proof you need to justify why punitive damages should be awarded to you.

When seeking punitive damages, the courts will use the following to determine the amount that shall be awarded:

However, before any punitive damages can be awarded, the courts will first determine whether you should be awarded compensatory damages, which is the next type of damages we are going to address.

What are compensatory damages?

Compensatory damages are awarded “in response to a loss suffered by a party” [Source: Cornell Law School]. The amount you are entitled to is based on a number of different things including:

While it may be easy to calculate a portion of the amount you should receive in compensatory damages, those that are paid for the emotional distress you are experiencing are much more difficult to determine. Therefore, if you want to wish to receive an estimate as to what your entire case might be worth, it is best you contact a Jackson, MS tractor trailer accident lawyer at the Heilman Law Group, PA. Our team of attorneys will work closely with you so that you understand the laws that govern truck drivers and how they can be used to help you win your case. We will also be there working side by side with you to ensure a favorable outcome is reached and that justice is served.

To schedule an initial consultation with one of our trucking accident lawyers to learn more about the many ways in which our firm can help you, call us at 601-914-1025.

The Heilman Law Group, PA is located at: