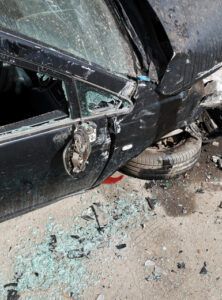 40,231 people died in motor vehicle accidents in 2017, reports the III. While this is a depressing statistic, we can use it to help spread awareness for why safer driving habits should be developed by everyone on the road.

Most Dangerous Times To Drive

While you might not be able to avoid driving during some of these time frames – especially when commuting to and from work – you can practice increased alertness and awareness and avoid the roads when possible.

Most Dangerous Places to Drive

Most people have probably heard the fact that most car accidents happen close to home. It’s true!

Most Dangerous Ways to Drive

We can all work together to help lower the statistics of car accident fatalities, including committing to simple safety habits, such as refusing to drive:

If you’ve been injured a car accident or a loved one has been killed or injured in a car accident due to someone else’s negligence, Heilman Law Group is here to compassionately guide you to getting the compensation you deserve and are entitled to under law. Don’t hesitate to call us at 601-914-1025 or contact us online. We want to help you during this difficult process, and we have your best possible outcome in mind.